All Heads of Circles,

This is regarding fixation of pay of Group D officials promoted to postal Assistant at par with the directly recruited postal Assistants who were appointed on or after 01.01.2006. In the subject case the applicant was promoted as postal assistant on 27.07.2015 and his pay was fixed as Rs.9770/- with DNI as on 01.07.2016. whereas the pay of the directly recruited postal assistants have been fixed as Rs.9910/- in the scale of Rs.5200-20200 + Rs.2400/- as grade pay. Aggrieved of this, the applicant filed an OA No.170/00801/2016 in the Hon’ble CAT Bengaluru Bench. The Hon’ble CAT in its order dated 12.06.2017 ordered that “When a person gets promotion to a higher post, he should be entitled to the same minimum pay for the post which is allowed to person who joined the posts afresh as enunciated by the Hon’ble Apex court in several cases.”

It is requested to inform the details of similar cases at your circle and financial implication involved upon implementation of this order in such cases may be furnished to this Directorate at the earliest for taking further decision in this case. 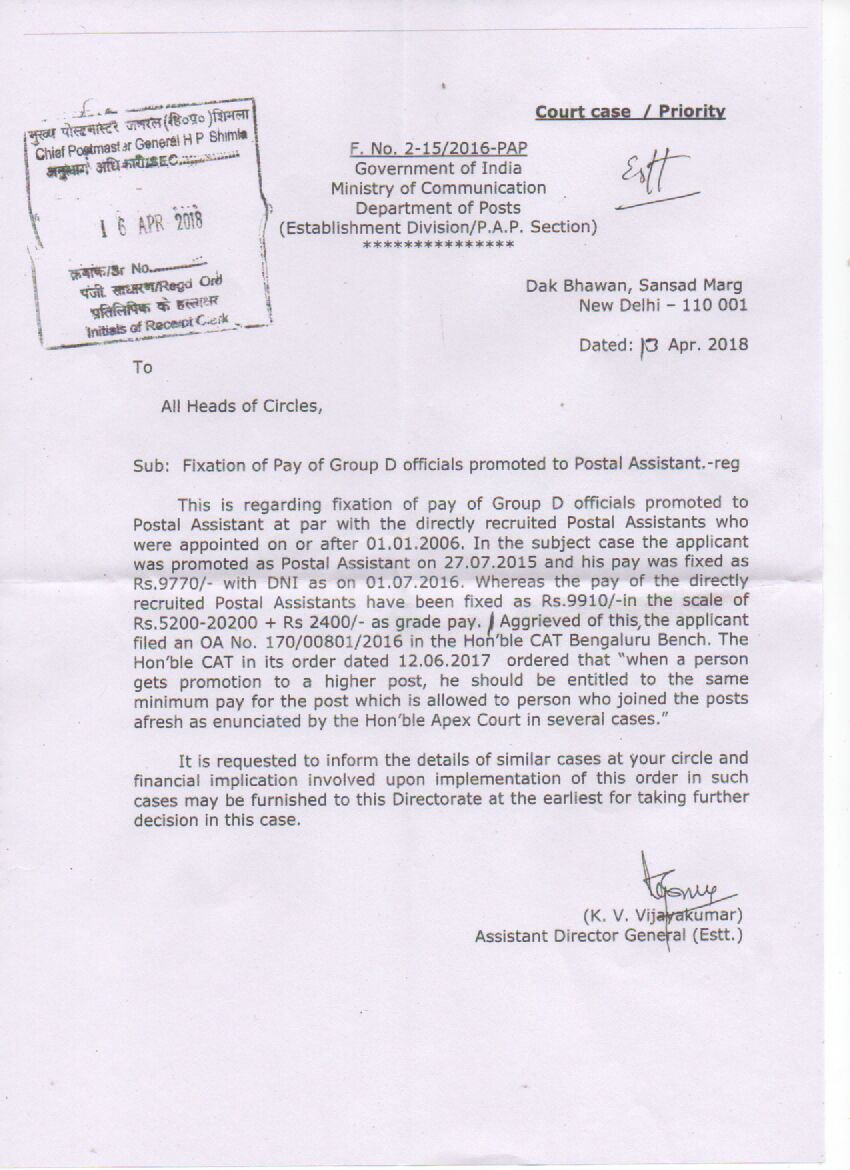